For my birthday a few months ago I got the SC-300 kit from Snap Circuits, and it’s been a great way to share electronics with my son as well as having fun myself. Overall, I really like the set, but my biggest complaint is that I’d like to see more explanations of the circuits, rather than just the assembly guide it has now. Why use a 100Ω resistor instead of 100kΩ? What’s that transistor doing? Curious minds will be left wanting answers to questions like these.

But anyway, on to the repair…

The C1 piece, a .02μF capacitor, broke off at one of the legs. This is understandable, since the capacitor sticks out to be bent and squished accidentally by clumsy fingers. 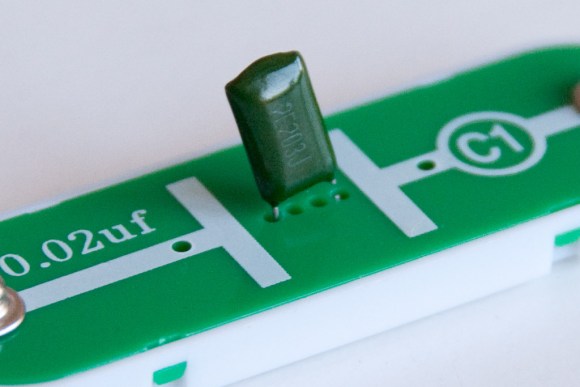 If you look closely, you can see the broken right leg.

You can order replacement parts, but the shipping cost was prohibitive. Time to crack the case and peek inside! A fingernail and a small flat screwdriver (the size you might use to tighten screws on your glasses) popped the part open at the tabs without too much trouble, but be careful because if you crack the plastic that’s going to be a lot harder to repair than a wire inside. 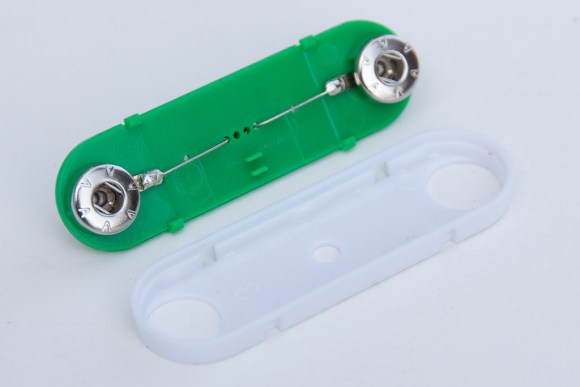 The local Radio Shack didn’t have any .02μF capacitors, but they did have .022μF. We had circuits to build right away, and it should be close enough for everything in the kit. If I feel like getting it exactly right later I’ll add a .02μF to the parts order for my next project. 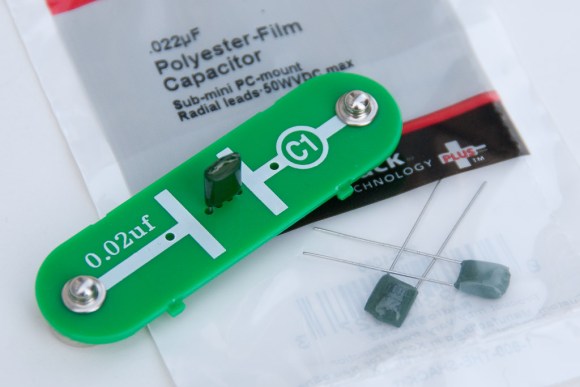 The leads desolder easily, but be sure you don’t keep the heat on too long or you might melt the plastic directly underneath. Put the new part in through the holes in the case, bend the leads, then trim them to fit the tabs. The tabs don’t have any holes for the leads to go through, so just hold the lead onto the existing solder and heat it up. When it was done, the bottom half of the case clipped right on and we were back in business. 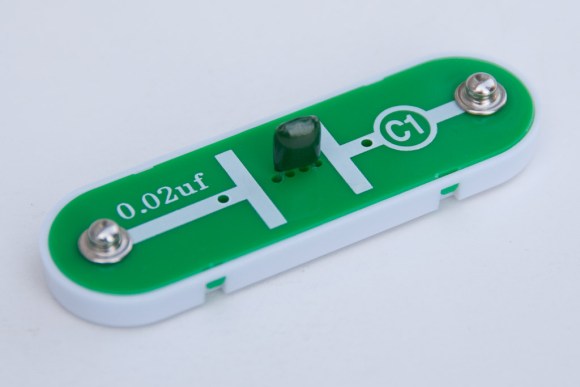 All fixed up and good as new.

UPDATE 1/21/2013: A commenter reports that you can order free replacement parts at http://www.snapcircuits.net/support/replacement_upgrade. If you need to build that AM radio right away you could still fix things yourself, then order a replacement at the same time.