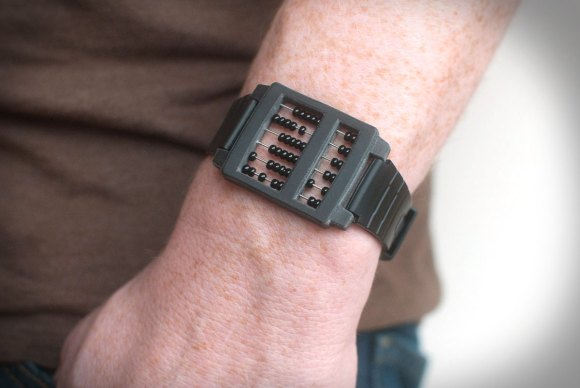 I did the modeling in Autodesk’s 123D Design, and after a week of evenings spent on it (my fluency in 2D design does not translate into 3D) I finally got the clunky 80s calculator-watch look I was after. I uploaded the file to Shapeways to be printed in their black detail plastic. 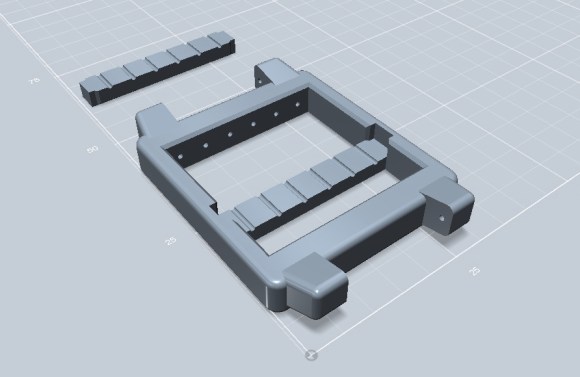 A few weeks later it arrived at my door. The finish on the abacus frame was pretty rough, maybe not by 3D printing standards, but compared to a finished product. I spent some time rubbing the frame with high grit sandpaper and scraping with a knife to smooth it as much as I could. 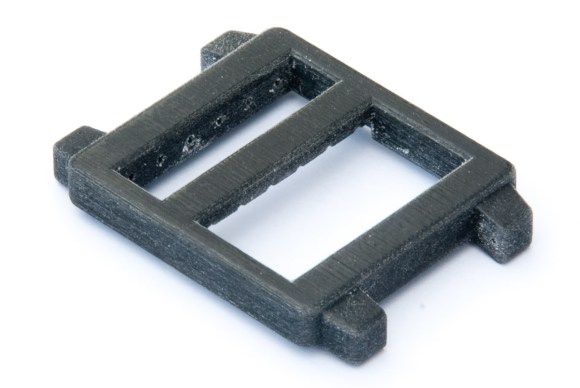 I cut the rods to length, about 28mm. It’s 25mm between the top and bottom edge of the frame, and 30 between the bottoms of the holes. 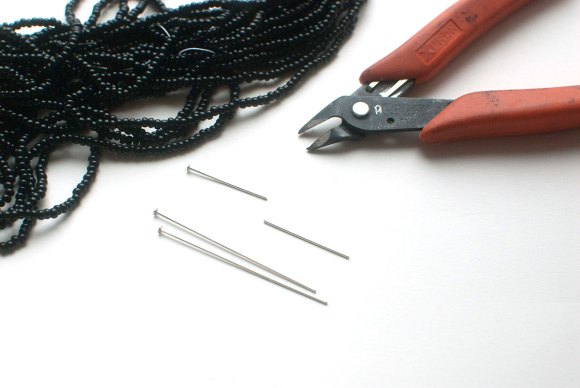 To assemble it you have to slide a rod all the way into one socket, thread the beads on, then back the rod partially out of the first hole and partially into the one on the opposite side. Precision pliers are a must. 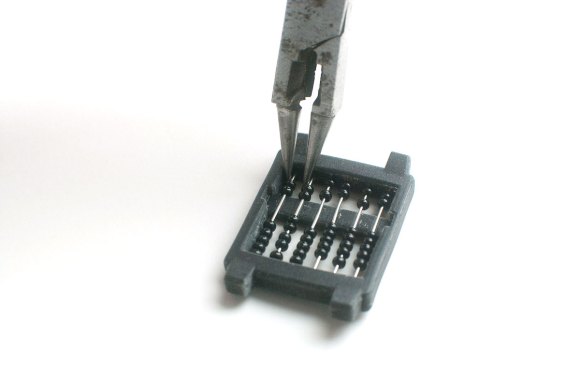 I applied a drop of superglue on each rod in the center bar. 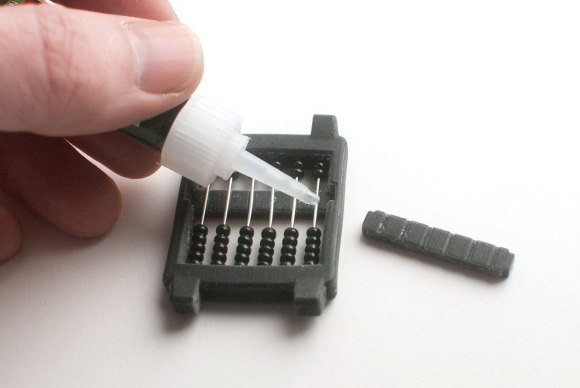 While the glue was still wet I pressed the back of the center bar in place and clamped it until it dried. 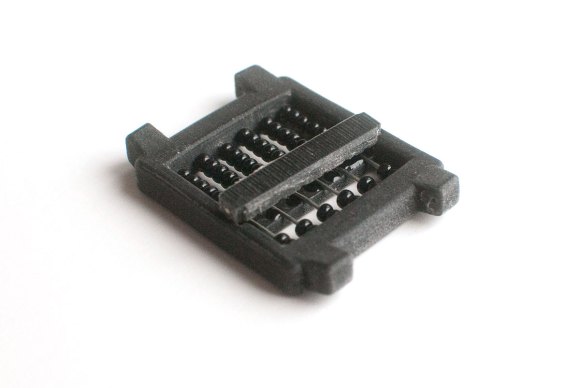 The watch band was a standard 18mm replacement band, and it clicked into place just like you’d expect on a “real” watch. I couldn’t be happier with the color match between it and the abacus frame. 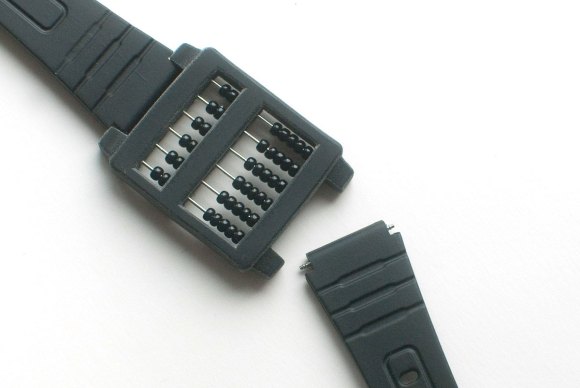 The finished watch is—as you would expect—almost impossible to use. The beads are so small you need a toothpick or a fingernail to slide them, and once you do that the slightest wiggle of your wrist will reset your calculations. But functionality wasn’t my main goal here, fun and practice were.

If you want to make your own you can download the file (abacus_wristwatch.stl.zip, 308kb), but I make no guarantees as to its suitability. You might have to tweak some things before printing or do some manual finishing after. I didn’t have the time or budget to iterate this to perfection. 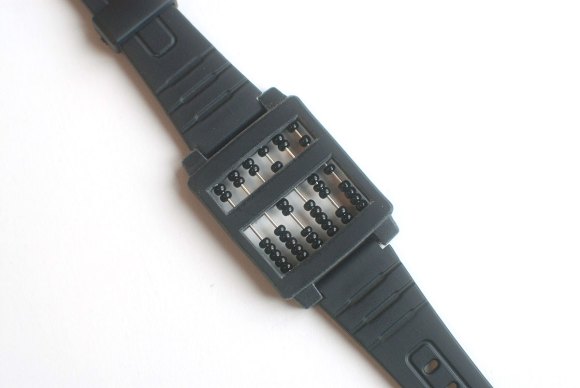