LED candles not radical enough for you? How about some revolutionary chic in the form of an LED molotov cocktail! Let’s call this number two in my series of bad ideas sure to draw the attention of the local constabulary, the first being the screwdriver key that lets you “steal” your own car. Read on and learn how to make your own. 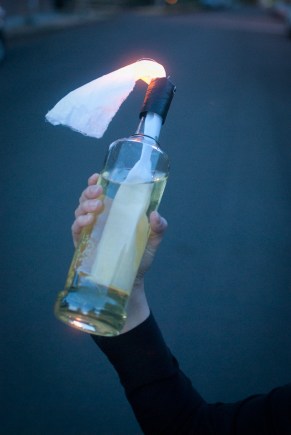 First we need an empty bottle. I can make that happen. 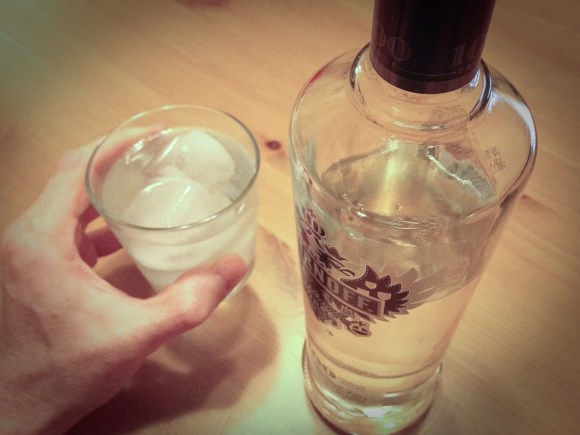 Hiccup. Nexsht we ned a LED candllllllllllle. No. Nex we needs… Next we need a nap.

OK, back again. We’re going to take apart some LED candles, because we want multiple “flames” flickering in our wick. I could have bought just the LEDs for a lot less, but these candles included a flame-shaped diffuser, battery holder, and switch in each one, though I’d only need one of the switch and battery holder. 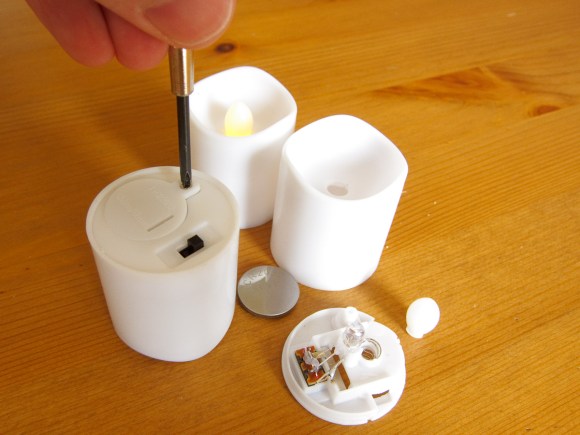 The battery holder had to be the same size as the bottle’s cap, so I traced around the cap onto the base of the candle, ensuring that the battery holder was completely enclosed in the circle. 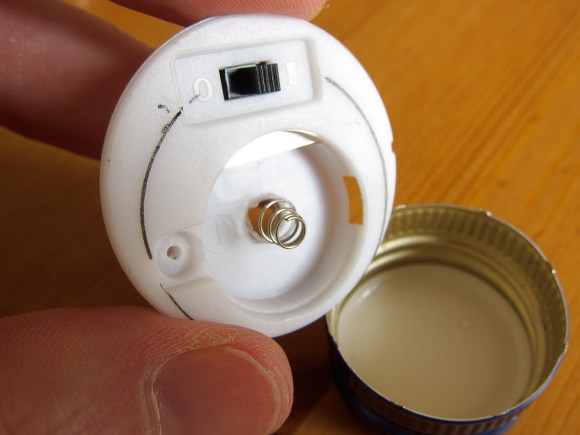 Then I used a belt sander to take the candle base down to the right size. 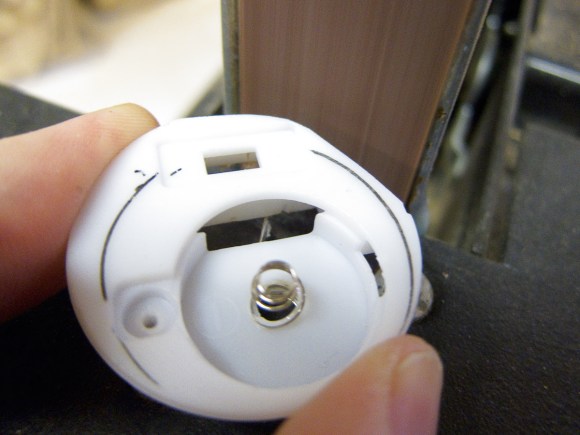 I used 3 candle flames, wired them in parallel (two LEDs soldered to each other, the third on a length of wire), and then ran it to a switch and the battery holder. 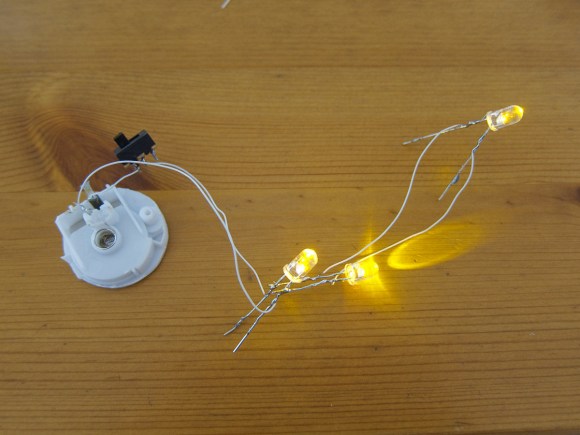 The next step was to make a holder for the electronics package. I rolled a piece of cardboard from a cereal box around the bottle’s cap, cut a hole for the switch, then taped it together, added a length of fabric as a wick, and wrapped it in even more tape. 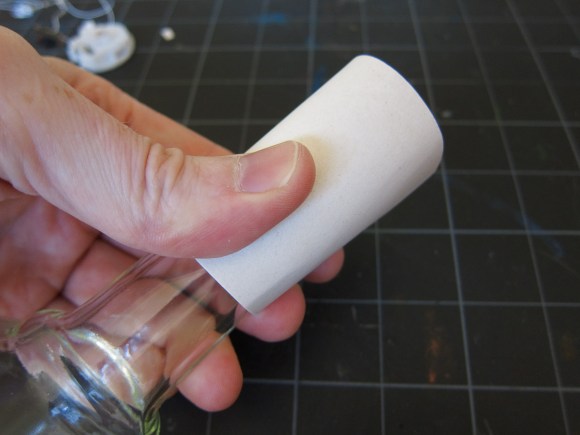 Sizing the cardboard for the cap cover. 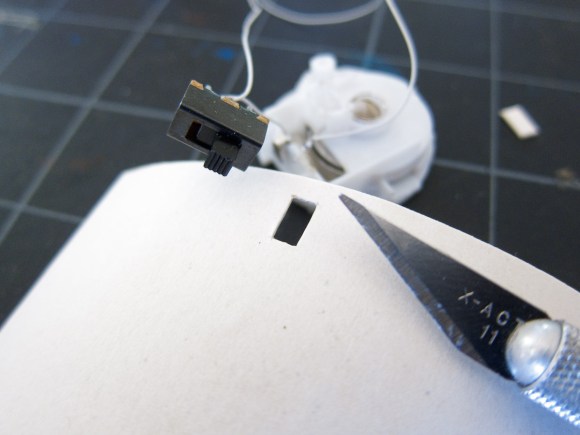 Cutting a hole in the cap cover for the switch. 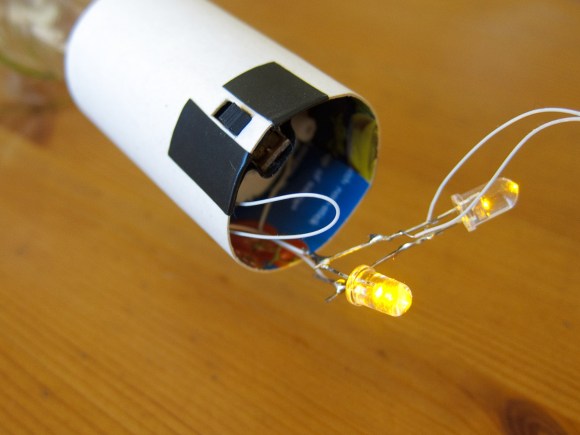 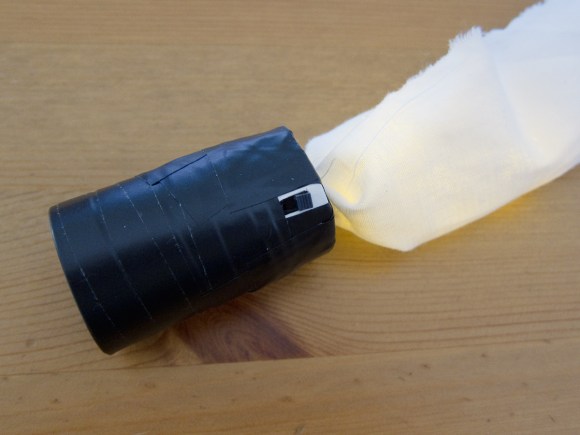 The completed cap cover, taped and with the LEDs hidden in the wick.

I wanted it to look like that wick ran all the way through the neck of the bottle, but didn’t want any liquid spilling. I hot-glued the end of another length of fabric to the inside of the cap. Then I filled the bottle with water, added some food coloring so it was more visible, and screwed the cap on. 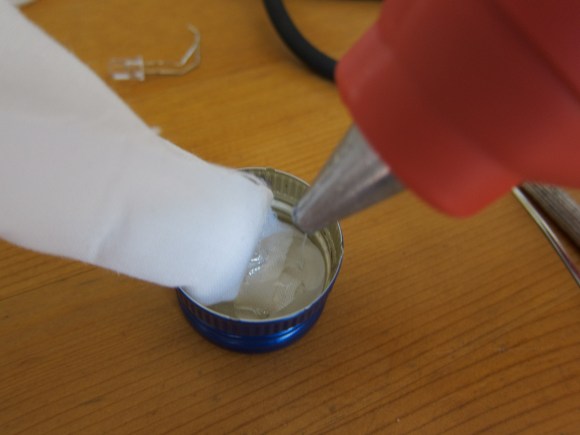 Once the cap was tightened down and the bottle dried off, I slid the cap cover with the electronics down over the top. 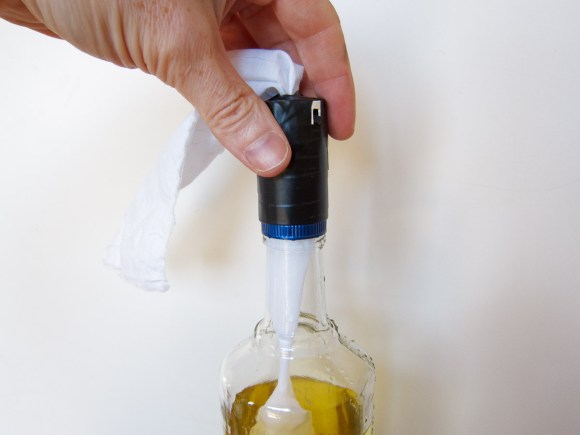 Voila! A tasteful home lighting solution for the energy-conscious anarchist and revolutionary! 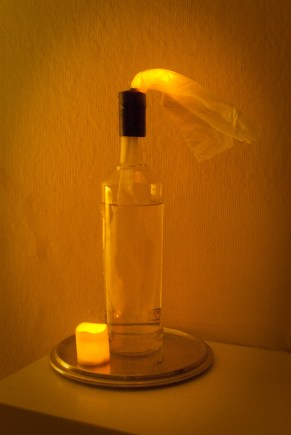 Or put a bandana over your face, turn on the LEDs, and head out into the streets to show everyone how crafty you are! What could go wrong? 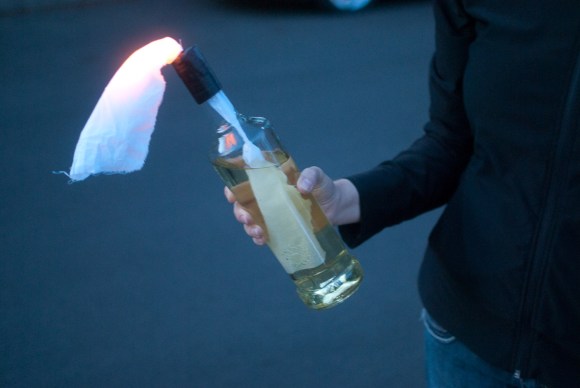